Music posted at this Blog is for your info only - please buy original CDs at your favorite shops. I wish you all good health and happy and prosperous lifes!!! Keep on Rockin`!!! 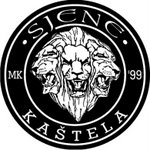 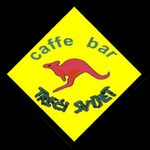 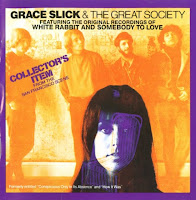 The Great Society was a 1960s San Francisco rock band in the burgeoning Haight Ashbury folk-psychedelic style pervasive during the time of its existence, 1965 to 1966. The band was also known as "The Great! Society." Remembered as the original group of model turned singer Grace Slick, the initial line-up of the band also featured her then-husband Jerry Slick on drums, his brother Darby Slick on guitar, David Minor on vocals and guitar, Bard DuPont on bass, and Peter Vandergelder on saxophone. Minor and DuPont would not remain with the band for the duration.

In the late summer of 1965, after seeing a new band called Jefferson Airplane at The Matrix club, Grace and Jerry decided to start their own group, assembling it fairly quickly. The band made its debut at the Coffee Gallery in San Francisco's North Beach section on October 15, 1965, and continued to perform throughout 1966.

The band released only one single during its lifetime in 1966, "Somebody to Love" (originally titled "Someone to Love"), written by Darby, backed with "Free Advice." Issued on Autumn Records' tiny North Beach subsidiary label, the single made little impact outside of the Bay Area, but the association with Autumn did lead the band to working with staff producer Sylvester Stewart, still in the process of forming his own band, Sly and the Family Stone. Purportedly, Stewart would eventually walk out as the band's producer during a demo session after it took Great Society over 50 takes just to get one song right.

Momentum for the band began to build as they started opening for Jefferson Airplane and other successful local bands, with Columbia Records offering the Great Society a recording contract. By the time the contract arrived in the mail, however, Grace had been spirited away to replace departing vocalist Signe Toly Anderson in the Airplane, taking "Somebody to Love" and her own composition "White Rabbit," one of Great Society's live showcases, with her. As both the visual and musical focal point, the band could not survive without its lead singer, and disbanded in the fall of 1966. Grace and Jerry would divorce as well.

Columbia would eventually release tapes of live performances by Great Society as two separate albums in 1968 after Grace found fame, repackaging both as a double LP in 1971. In 1995, Sundazed issued a compilation disc featuring the band's lone single amidst unreleased studio session material.

Notably, "The Great Society" was a popular name for musical groups in the 1960s, due to the popularity of the term as used by the Lyndon Johnson administration in Washington, D.C. One so-named four-man group, based in Dallas, Texas, consisted of two British and two American musicians. The group lasted three years, toured extensively in the United States and Canada, then disbanded in 1969. On one occasion, in Ft. Worth, Texas, The Great Society (with Grace Slick) and the British/American version performed on opposite sides of the city on the same evening.

The two American members of that group were Steve Holder (bass) and Preston Thomas (percussion). The British members were Ronnie Deangele (rhythm guitar) and Richard Thomas (lead guitar). All four are successful in other fields today.

Collector's Item indeed! I have this as a 192 and really appreciate the upgrade & artwork!

Thank you, sir! Been looking for lossless Society/Charlatans/any other decent/obscure sf/psyche for a while. Great post!

Congrats for this great blog! I recently discovered your blog while searching for this album and i'm excited. You have some rare items here and in perfect quality too. It is exactly an anthology of a very special period.
Keep up the good work

thank you for Megaupload link!

What a great album of a seminal time in the creation of W.Coast sound. The sound quality is also incredible!